We were snowboarding at Whistler, and as the afternoon progressed, the low angle of the sun revealed the shape of the mountain ranges in a new and beautiful way.  A photo was imminent.  Since I was snowboarding,  I had no tripod with me, so I carefully laid my Hasselblad on my gloves, composed the photo, locked up the mirror to reduce camera vibration, and exposed the image using the self-timer, so as not shake the camera in any way.   Then I recall riding down the freshly-groomed corduroy to a cold one that was waiting for me at the bottom. 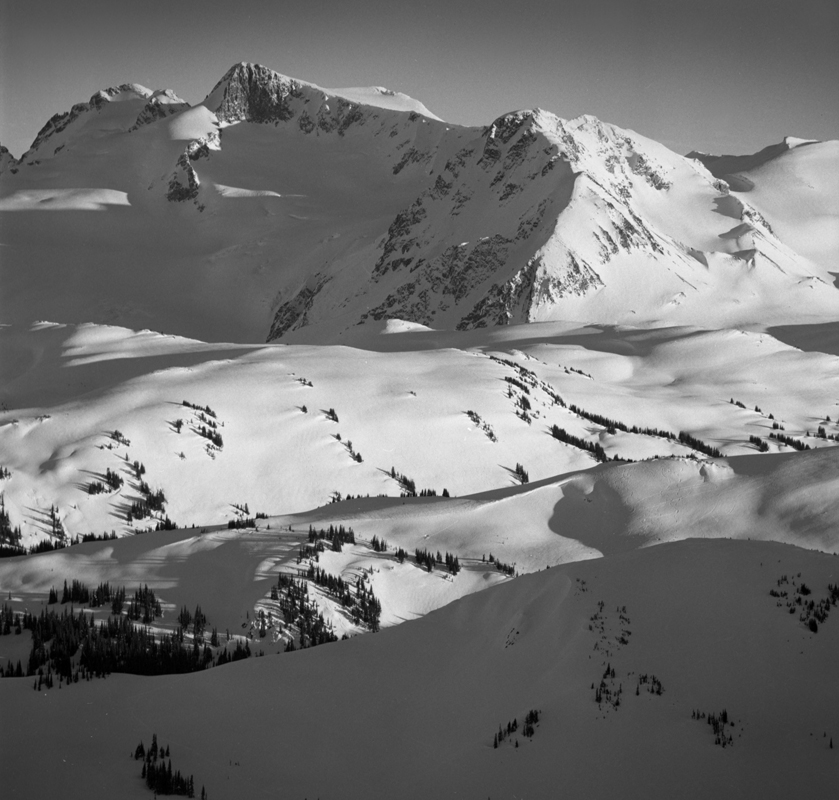